BRUNSWICK, Maine — Kate Lord didn’t have a plan when she graduated from Brunswick High School in 2014. For two years, she was unemployed. Eventually, her father was able to use his connections at Bowdoin College to get her a job working in a kitchen. For 20 hours a week, she lines muffin pans and preps dessert trays.

At this time, the bakery job suffices. Kate is a hard worker and a pleasure to be around, her supervisor said. But she has no interest in the food industry. Her father believes she could do a lot more, and wishes her high school had done more to help her visualize her future and then take steps to reach her goals.

Kate has autism and borderline intellectual functioning, meaning her IQ is slightly below what is considered average. She struggles with decision-making and executive function, which are the skills that allow people to organize information and respond to it. But her father, Rich Lord, and disability experts say there’s no reason she can’t find a more fulfilling career at which she can excel.

Kate Lord shows what an average day looks like at her job.

Schools are legally obligated to create meaningful post-schooling plans for students with disabilities as part of their Individualized Education Programs, or IEPs. Under federal law, special education students must have transition plans in place by age 16 that include work, school and independent living goals that a student would like to achieve. Several states require schools to start this process at age 14.

But Kate’s education failed to set her up for higher education or a career, as is often the case with special education students. Her experience after high school shows how important legally mandated transition plans and services are — and demonstrates how hard it is to do them right for all students.

Interviews with more than 100 parents, students, advocates and experts across the country painted a picture of a special education landscape where transition planning and services are largely neglected. Students with disabilities who could pursue higher education or meaningful employment are instead living at home and working low-wage jobs. Some are unemployed, or, as Pennsylvania mother Chris Bradley described it, “graduating to the couch.”

Far too often, however, families are left like Kate’s, struggling to fill in the gaps postgraduation that students should have figured out before they earned a diploma.

Kate wasn’t sure what she wanted to do when she graduated, and Lord said no one at her school talked to her about it in a meaningful way. When Kate was asked about her aspirations, he said, she told school officials she wanted to be an actress. But he worries no one probed deeper to ask questions about why she wanted that job and what other related careers she might explore.

Lord acknowledged that he struggled himself to get answers out of Kate about what she wanted for her future; he said he needed the help of professionals to crack the puzzle. It was my absolute goal to have her not fall off the map. It’s unfortunate, she kind of has.

Kate had loved being in the ensemble in musicals such as “Grease” and “West Side Story” at school. Lord wondered if Kate’s love of movies and theater meant she might find behind-the-scenes jobs. But he couldn’t figure out a way to translate those interests into employment in Brunswick.

Looking back, he was also concerned that educators didn’t push Kate as hard as they could have academically, putting her at a further disadvantage as she searches for a career. Kate herself says that her classes were easy and that she “almost never had homework.”

But Lord doesn’t blame teachers. He blames the system.

“Everybody meant well,” he said. “But there’s only so much they can do, they can offer her. She needed extra attention everywhere.”

Many districts rely on formal assessments to help schools create viable plans for students. In Washington, D.C., a district official said that public schools give some students a questionnaire that covers items such as, “Do you prefer to work alone or with others?” and “Is it more important to you to earn a lot of money or to help others?” School officials are also supposed to discuss goals and the steps necessary to reach them with students and their parents.

But advocates and lawyers interviewed said Kate’s experience is common. Many said the vast majority of goals and measures they have seen are vague or even nonsensical and fail to live up to their legal requirements. Plans often include too few goals, or superficial ones.

"I wish that people would look at people with disabilities, and [know] they are capable of having jobs and capable of living independently."

If a student likes football, for example, educators may note that he wants to join the NFL. “Everybody doing this work has seen this [in a] transition plan,” said Maria Blaeuer, staff attorney for the D.C.-based Advocates for Justice and Education. “That’s not a transition plan. That’s just filling in blank lines.”

College-bound students might be instructed to research colleges and fill out college applications — but the plans often don’t include training in other essential skills for college, such as how to study. Frequently, transition plans demonstrate low expectations. Parents and advocates say many special education students are steered toward what one parent referred to as the “five Fs”: food, folding, flowers, filing and filth, referring to cleaning and janitorial services.

In other words, educators often don’t think about the future until it’s too late.

By Kate’s senior year, her IEP reflected transition goals driven largely by her parents. They wanted her to take an online college course and look for work in Brunswick in a “paid position that utilizes her theater/drama interest and skills,” according to a draft of the IEP.

Lord said he believes they were copied and pasted from emails he had sent the school in an effort to make sure they were complying with the law. There wasn’t a thoughtful discussion about whether Kate was on board with those plans and what could be done in high school to help her achieve them.

The plan “just lacked depth,” Lord said. “We didn’t have transition goals we looked at and I thought made sense.”

Barbara Gunn, director of student services at Brunswick School District, joined the district after Kate graduated and was unable to comment on her specific situation. But she said that, for all students, crafting a meaningful transition plan is paramount. “That team has to give good thought to what that student would like to do and is capable of doing,” she said. “You’ve got to do some sort of survey on what their interests are, what they have skills in.” If a student like Kate is unsure of what he or she wants to do with their future, a transition goal may focus on doing career exploration to gauge interest in future careers.

The district is also considering beginning the transition planning process in eighth grade, instead of ninth, to make sure enough time is devoted to this process. Gunn said the district provides professional development for teachers that focuses on transition and has recently begun sending a teacher each month to a regional group meeting to discuss transition topics.

Putting the plan into action

Federal law says schools are supposed to make sure students follow the steps in their plans, but there is no one watching to make sure they do. “One of the most frustrating things is there’s not services to back up the goals, even if the goals aren’t bad,” Blaeuer said. “It’s very perfunctory.”

Parents often have to take on the burden of making sure their children are getting the support they need to meet their transition goals because schools simply don’t devote enough resources to this part of special education. Some schools have a full-time coordinator focused on transition services. More commonly, special education teachers — who already have a full teaching load — are in charge of overseeing transition plans.

Lord tried to do his own research about what options were available to Kate and reached out to the school with suggestions. The district offered to transfer Kate to a vocational school, but the family decided against it. Kate was thriving socially in school and the vocational school focused on training students in subjects such as mechanics and culinary arts in which Kate had no interest.

Administrators also told the family they could connect with the Department of Behavioral and Developmental Services or apply for Vocational Rehabilitation, a federally funded service that helps people with disabilities access higher education and employment.

In her high school itself, though, there was little on site to help Kate. Her senior-year IEP cited a Service Learning class as a means of introducing her to different employment opportunities. That course is available to both general and special education students and provides students with opportunities to volunteer in the community.

“As we approached transition, it was my absolute goal to have her not fall off the map,” Lord said. “It’s unfortunate, she kind of has … it’s so difficult.” 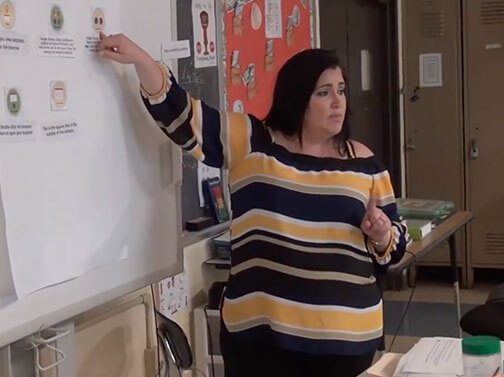 Teachers increase their use of prompting methods throughout the Informal Assessment. 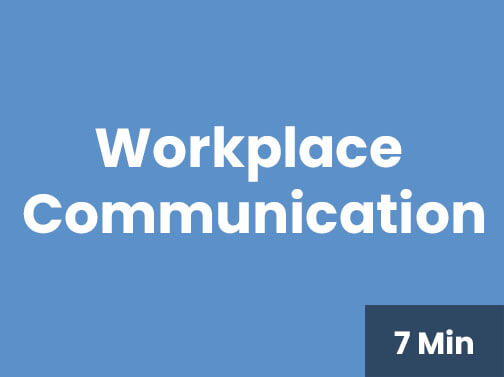 Workplace Communication is implemented to students during the main curriculum and is then amplified during any of the Digitability Work-Simulations.

Meet Digitability's very own Dana Steinwart and her former student Grace Walline. They speak about how her program helped Grace get hired and how work life has been.