Vincent Taylor, a member of Digitability's first graduating cohort, currently lives in Philadelphia and works as a model. While one may not intuitively link his pursuit of a career in the arts with digital skills learned in high school, Vince himself attributes his success in large part to what he learned through the Digitability program.

Digitability prides itself in teaching not only digital literacy and social skills to students with autism and other cognitive disabilities but also skills of self-advocacy. Vince exemplifies what Digitability's truest aim and ultimate goals are: students' own agency and independence. While Vince learned concrete skills in technology and digital literacy with which he built a work-ready portfolio, ultimately, what he acquired through Digitability was a sense of empowerment.

By learning to create a professional email account, by drafting his own resume to highlight his newly acquired skill set, and by practicing his interview skills, Vince learned that he need not be intimidated by things unfamiliar to him or things outside his comfort zone. With confidence in his newly acquired skills and a new appreciation for what he himself believes he can accomplish, Vince wields that same attitude in other areas of his life. Areas, as he says, of his own choosing. 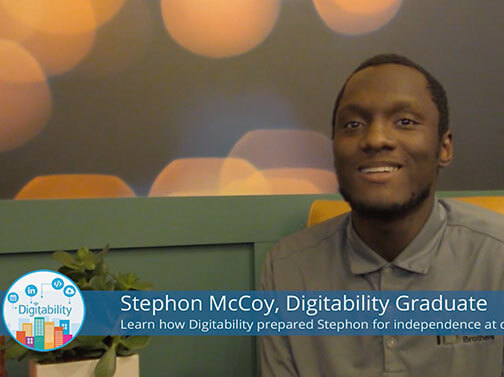 The Invisible D. Do not miss our upcoming podcast with Jordan Schmidt and Haley Moss Sign up now 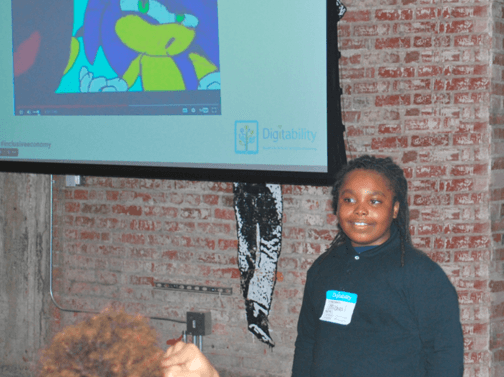 Social & Emotional Learning. With Digitability, this middle school student is developing his work-ready portfolio to become an animator. Learn More