Audio Books, Siri, and Hearing Aids All Have One Thing in Common

Many innovations in tech originally stemmed from an accommodation for people with disabilities that later became a mainstream product.

Back in the 1930’s, only about 10 percent to 20 percent of Americans who were blind — including veterans who lost their sight in World War I — could read Braille. The U.S. government helped fund record players for people with blindness or low vision, and Talking Books were distributed through public libraries.

Commercial audiobooks started to take off after World War II, and each generation of audio formats — cassette tapes, CDs and now smartphone apps — has made listening to books more convenient.

The Silicon Valley inventor and futurist Ray Kurzweil developed multiple technologies, including the forerunners for text-to-speech software such as Siri, with the National Federation of the Blind.

Hearing aids were one of the earliest commercial proving grounds for the computer chips that are now in everything from fighter jets to your fridge.

Digitability is the only scalable, STEM-focused, pre-employment transition curriculum that continues to be recognized as an innovative solution to the unemployment crisis facing a large — and growing — population of those with disabilities, such as autism, intellectual disability, or Down syndrome. Students graduate with a complete work-ready portfolio and self-advocacy plan for any workplace. 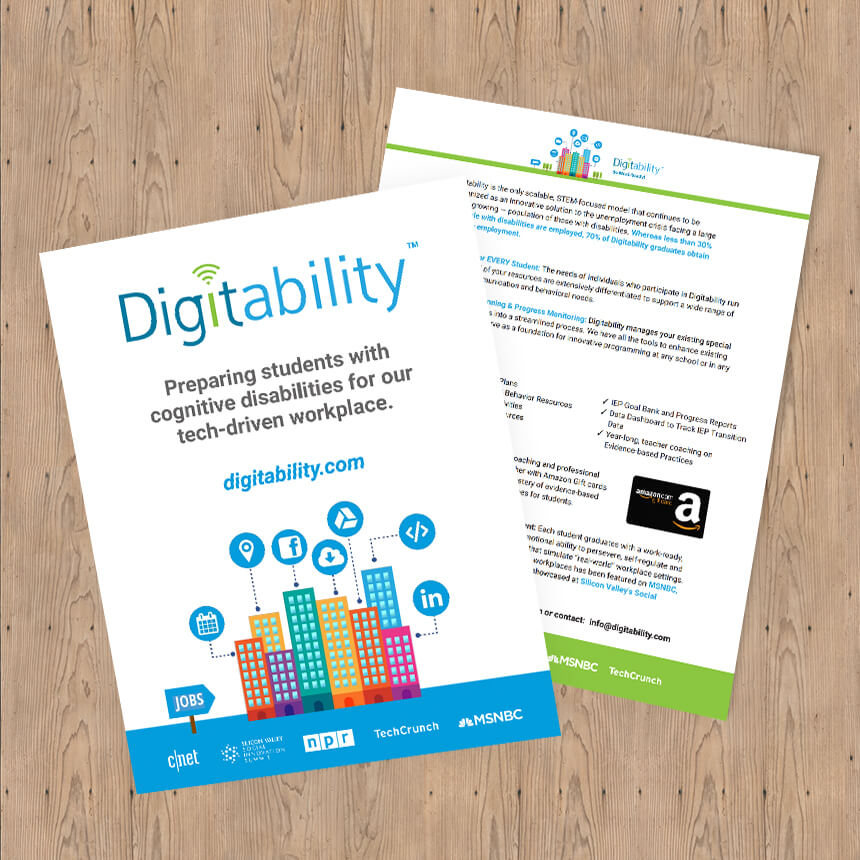 Download this product packet to learn how the Digitability program works for your teachers and special education students.

How Are Movie Theaters Being Inclusive?