I now know what caused my autism, which changes everything — and nothing

I now know what caused my autism, which changes everything — and nothing

(CNN) Life-changing news came on a Thursday just before Christmas, in an email so unexpected I nearly deleted it as spam. The subject line: "We have found a genetic cause for your autism."

In 2016, I sent a saliva sample to the Simons Foundation Powering Autism Research for Knowledge -- better known as SPARK -- for an autism research study, becoming one of its first participants. After five years of waiting, I assumed that SPARK didn't have any genetic answers about my autism. Even though a personal result would have been amazing, what mattered to me more was what this study could mean for our broader understanding of autism. My hope was that a study like this could help autistic people better find our way through a world that is often hard to navigate.

After the email, Dr. Wendy Chung, SPARK'S principal investigator, explained that a rare genetic condition called Kleefstra syndrome-2 is what caused my autism. Several studies have shown how the two are linked. Dr. Chung's words hung in the air for a few moments as I turned them around over and over in my mind. I started to cry, and I couldn't stop as moments of my life flashed through my memory with this new understanding and context.
For years, I had seen myself as two people: "Autism Amy," the girl who was bullied throughout childhood for being different, and "Amy Amy," a socially acceptable version of myself. Over time -- as I began to find my voice, and my self-confidence grew -- I realized there is only one Amy. But in the hazy aftermath of this new diagnosis, I wondered, "Am I still me?"
The social world of girls can be complex and puzzling, especially for a girl on the spectrum. Throughout my childhood, I was constantly targeted -- often mercilessly -- by bullies who sensed something was different about me. Fitting in proved nearly impossible. While some girls on the spectrum are able to "mask" their autism, I wasn't capable of being anything other than myself, which didn't align with social norms.
In the fourth grade, I came home from school one day and told my mother that I felt like killing myself. My parents quickly sought help. We shuffled from specialist to specialist, none having any definitive answers until we got to the Child Psychology department at Stony Brook University in New York. At age 11, I was finally diagnosed with a form of autism that used to be known as Asperger's syndrome.
Today, many children are diagnosed at 2 or 3 years old, but at the time, knowledge of autism — especially in girls and women — was extremely limited. Back then, autism was not a household word. For most people in 1994, autism meant the movie, "Rain Man," and no one knew how it could affect a pre-teen girl. The word autism didn't really have any meaning for me at that age, either. I only knew that I was different, and that different wasn't okay.
The bullying continued in middle and high school -- other students would push me to the ground, put gum in my hair and, in gym class, throw balls at my face. The emotional bullying was just as bad, if not worse, driving me further into loneliness and isolation. People assumed my social differences were a matter of choice. They would say, "Why can't you just be normal?" Very soon, their voices became the voice in my own head, and I would ask myself that same question over again and again.
I graduated from high school with no self-confidence or self-esteem, unable to look at myself in the mirror. I basically had to build Amy Gravino from scratch. And that's what I did. I went to college and earned a bachelor's degree in English, then a master's degree in Applied Behavior Analysis, the widely-used method for teaching people who have autism. I knew that, rather than working with young children on the spectrum, as many professionals do, I could fill a bigger need by focusing on autistic teens and adults.
In 2010, I started my own consulting organization and became a college coach and certified autism specialist. I found purpose and success helping others on the spectrum. I've spoken at the United Nations and at conferences all across the country and abroad about autism, sexuality, relationships, and self-advocacy. I've had my writing published in psychological journals, textbooks, and various media outlets, and I'm authoring my first book, a memoir of my experiences with dating as an autistic woman. I also work as a relationship coach.
My decision to participate in SPARK echoed many of the same reasons I became an autism advocate and speaker -- I wanted to play an active role in increasing understanding of autism and to make things better for people across the spectrum. As scientists study autism in the lab, autistic individuals like me must be included in that process — not only as subjects, but as co-investigators. Our triumphs and heartbreaks, our potential futures, our very lives are being put under the microscope. We have the greatest stake in this research.
Most of all, I want those of us who have felt out of place in the world, in our communities and in our families to know that we belong, and to learn that what lives in our DNA is not something that was done to us, but part of what makes us who we are.
I'm hopeful that the picture these results paint will show that autism is less of a puzzle to be solved and more of a story to be told. I want the answers and knowledge that we glean to open a discussion on how we can improve the quality of life not just for future generations, but for individuals on the spectrum living in the world right now.
Learning that there is a reason why I am autistic changes everything, but at the same time, it changes nothing. This is who I am. I'm not broken, or bad, or the failed version of normal I wasted years believing I was. This didn't happen because I didn't try hard enough, or because my parents did something wrong before I even came into being.
I am exactly the person I'm supposed to be. 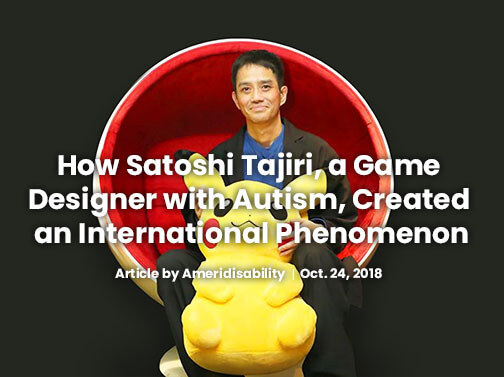 Satoshi Tajiri is the creator of Pokemon, but did you know he has autism? Learn how he took his interests and simulated it for the entire world. 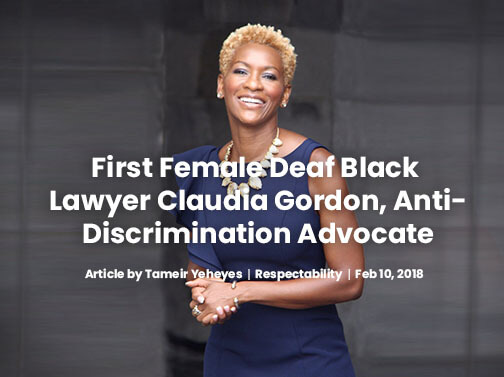 Claudia Gordon is recognized as one of former President Obama’s key advisors for disability issues. She was also the first female deaf African American lawyer to graduate law school.